This blog is broken down into two parts.

Part I: The Oaks Project.

During the last month or so, I’ve collected a couple dozen tree circumference measurements during my travels and hiking trips. Interested in the collective age of the Southeast’s’ largest Live Oaks, I thought.. wouldn’t it be cool to map all this out, with photos and age estimates and what not?

Well, after a conference in Biloxi which was awesome, but gave me an awful cold, I finally had the time to sit down and start importing my data. So here it is – finally- the link to my Southern Live Oak tour story map!

While I’ve only had time to upload a few of the ones I got during my conference last week, I’m looking into partnering with other non-profits, hobbyists and tree-enthusiasts to put together a much larger program. I’ll also be uploading some other ones I’ve been collecting over the weekend.

I always find myself in interesting situations while out looking for Live Oaks and potential Indian cultural sites. Just in the few hours I spent looking around in Biloxi, I met a host of interesting people. The first was a police officer who saw my car parked in a giant field with no entrance path (you’d be surprised what those small fuel-efficient cars are capable of). He asked what I was up to, told me a bit of history about the area I was documenting, and we had an enjoyable, albeit awkward, conversation about my Hillary Clinton bumper sticker. We went back and forth about it a bit, all friendly, of course, but I made sure to end it on a note of, “Given what I do, and the future we all face, I could never, as a scientist, vote or support a person or party that not only denies the science, but accuses scientists like me of being part of some international conspiracy to overthrow the government.” He got a very serious and sad look on his face and said, “I’ve got three more years until I retire. I can’t take another year like 2005.” We ended on a friendly note, and I headed off to find my next site.

Just a few miles down the highway, right off Pass Road between Gulfport and Biloxi, I saw an area littered with huge oaks. Like much of the area around the coast, the remnants of a parking lot and maybe a home or office, were visible all around. I pulled over and started to measure the circumference when a gentlemen came up to me and, again, asked what I was doing like I was a crazy person – a literal tree-hugger, trying to stretch the tape across the tree without it sagging. His name was David and he helped measure the tree, and he told me he always thought there was something special about that tree- he had been living under it for quite some time. We also somehow ended up talking about politics, though he was much more aligned with me politically than the police officer I had met earlier that day. I probably poked around that area for over an hour, just chatting with David, going from tree to tree to take measurements. He was telling me about how he grew up near Vicksburg, Mississippi, where he used to play around the Indian Mounds. He said he missed it there, but since he was dropped off from the bus at the stop around the corner from us, no driver’s license, birth certificate or proof of his citizenship, he had been living around, doing his best to make ends meet.

We picked up shards of pottery – guessing from the tempered look that it’s circa early French colonialism (1700’s) – and he told me about a few other spots before I headed home.

He said he’d watch my tree for me until I could come back. 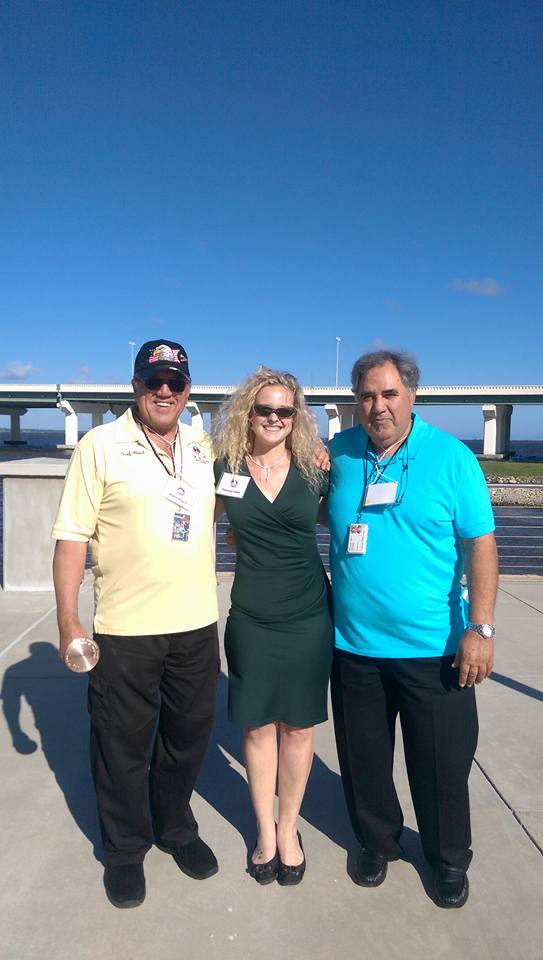 Also while at the Climate Community of Practice Conference in Biloxi, I got the chance to celebrate with a few member of the Isle de Jean Charles Tribe of Terrebonne Parish. They received the Spirit of Community award from the Climate CoP for their outstanding record in public education about issues related to climate change and climate change impacts. The tribe name may sound familiar to you -as it should. The tribe has been mentioned quite a bit in the news recently after they were awarded a $52 million grant from the Department of Housing and Urban Development (HUD) to relocate their entire tribal community to an undertimed place that might allow the tribe to continue their way of life in a safer location. While many places face an uncertain future in the wake of rapidly rising seas as a consequence of man-made climate change, the Isle de Jean Charles have all but been told that nothing of their thousands-years old history will be left above ground in 50 years.

The Isle de Jean Charles, like neighboring Pointe-au-Chien, share a primary ancestry with the Chitimacha, who have been living around Interior Lafourche for more than 5,000 years. Post-colonialism, many tribes took in members from ones that had been scattered, whether ravaged from disease or pillaged by the Europeans. Today, both the Isle de Jean Charles and the Pointe-au-Chien claim ancestry from the Biloxi, Choctaw and Chitimacha tribes.

There was a sense of irony to the Isle de Jean charles being awarded the Spirit of Community award in Biloxi. The name “Biloxi” comes from the Indian Tribe that had lived there at the time of European Expedition (spelling variations of “Biloxy,” Bilocchy,” and others. Behind us, in the meadow by the Biloxi Maritime and Seafood Museum on the bay, were three Live Oak trees, casting a shadow over the pavilion where our party was behind held. I measured each, and across the three the range of age was between 270-300 years before present (about 1700-1730, about 200 years before the Biloxi tribe would relocate to Louisiana).

You can always help the Isle de Jean Charles and other tribes dealing with similar issues by donating at their respective websites.