To refresh your memory, I taught GIS 3015 – Map Analysis this semester at Florida State University to an amazing and diverse class of 56 students. The class challenged me, but most of all, left me floored after each “House” (yes, I assigned group projects by Game of Thrones houses) presented their final map projects for the semester.

At the beginning of the semester, I gave each student two free points for completing a personality quiz online. The students submitted their results, and I did my best to match everyone into groups of three who would (hopefully) get along.

Grading 56 individual projects would be impossible, and pairs can turn volatile (no third person to complain to or get help from). I thought about letting people pick their partners, but those without friends in the course would be left out. In the end, I decided to make the groups quasi-randomly, using the guise of a personality test to mix them up.

We had 56 students sorted into 18 Houses in the end. To liven the experience, I offered bonus points to all of the students final grades’ in the top three houses at the end of the semester.

Students would earn House points by earning the highest average grade on quizzes, assignments and exams, or by participating in class. We even held two quiz-bowl days before exams.

The competition was intense, sometimes too intense, and drove students to work harder and help their Housemates do better – the House points were given out mostly by average grades, so one failing House matter could pull it down. Students became invested in seeing their peers succeed.

In the end, the House that held onto the top place most of the semester ended up winning, but during the last three weeks or so, the prize looked like a toss-up.

All of the competition and hard work culminated in each House’s final project. I chose the study area based on the Houses students were sorted into, but it was up to the group to decide what topic to map and how.

Some had interactive, online maps, while others printed posters or made 3D maps.

Impressed, but more importantly inspired, I feel more connected to my own map making than I did before I taught this class.

Here are a few (but not all) of the maps I loved this semester: 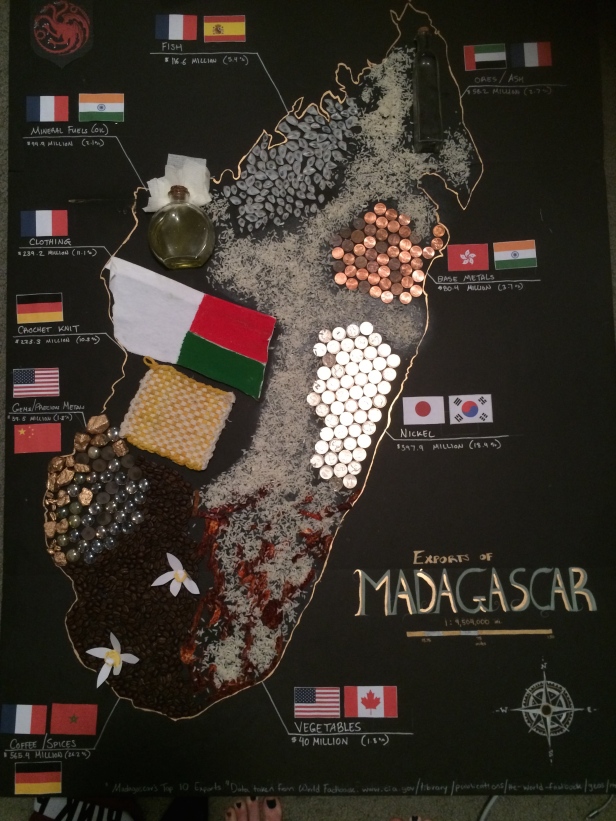