Yes, you read that correctly — I played Quidditch for Syracuse University. As a beater , I received the “toughest woman” award for the SU 2010-2011 season. Our team participated in the 2011 World Cup, held at Randall’s Island in NYC, and qualified to the semi-finals, where we were subsequently beat out by Green Mountain College via Snitch Catch.

Quidditch is among my favorite activities, aside from reading. But I don’t just play quidditch, I also serve as the accountant and chief fundraiser. I organized a fundraising event for the World Cup which brought in more than $1,400. Using the skills I learned while working at The Daily Orange, I raised enough to bring 17 people the World Cup at $30 a piece — for three days in New York City, that ain’t bad.

Not quite sure how Quidditch works? Here’s a video a SU student did on our team. OR Let our former captain, Ryan *the shirtless dude*, break it down for you, Click here. 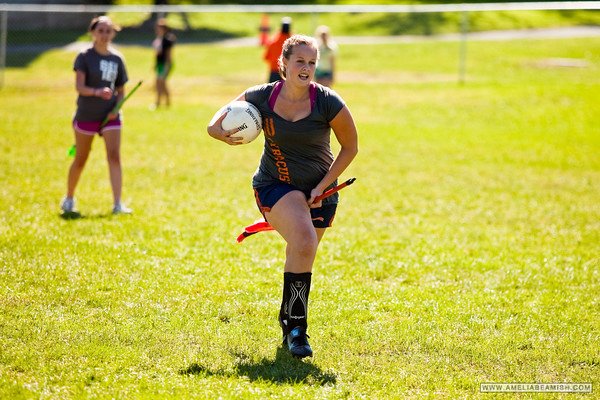